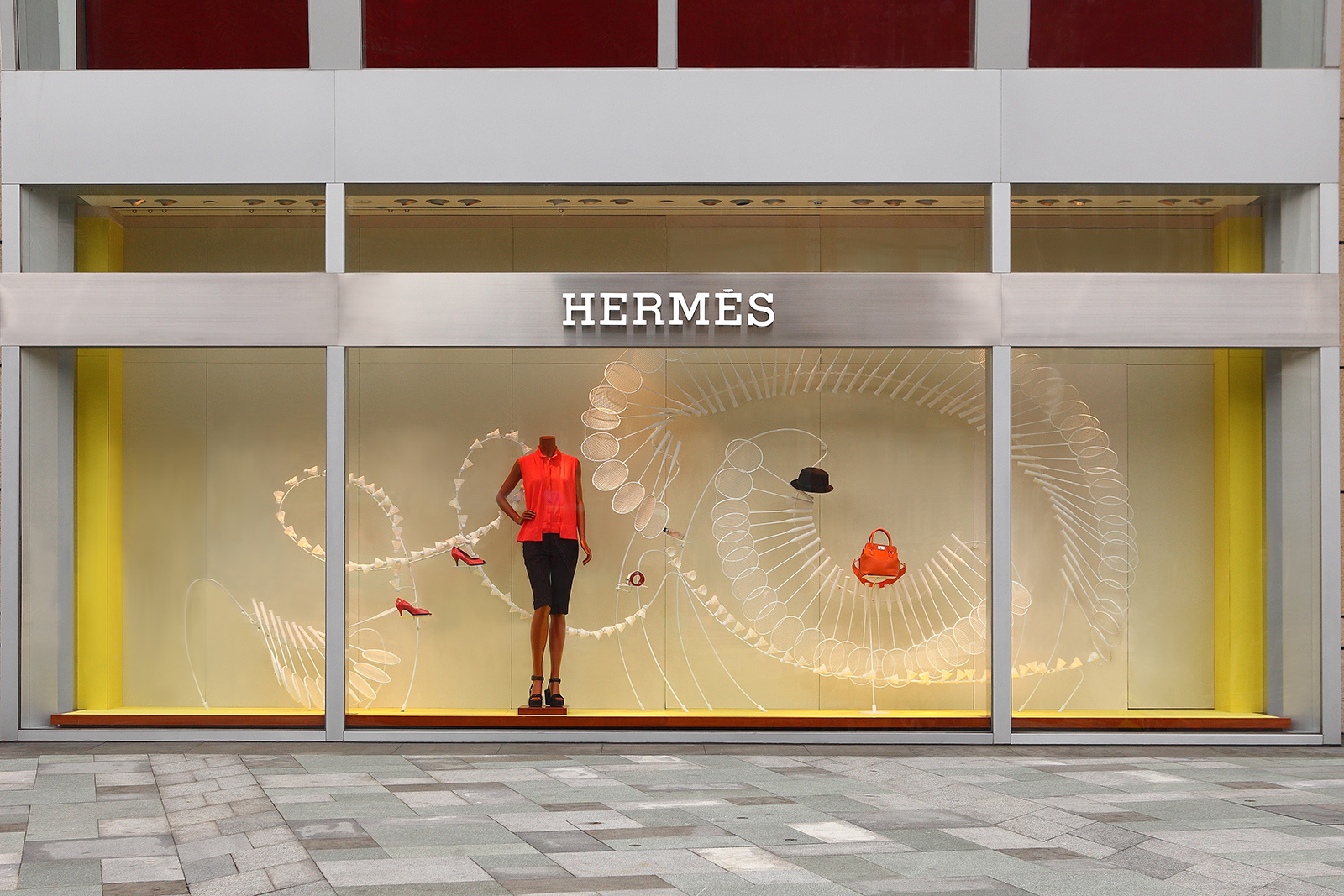 The design for Hermès’ South China boutique window display is based on the brand’s 2013 Spring theme, “A Sporting Life.” Our vision for the design is to capture the elegance of motion found in sports. But first, we want to show you one of our visual inspirations. 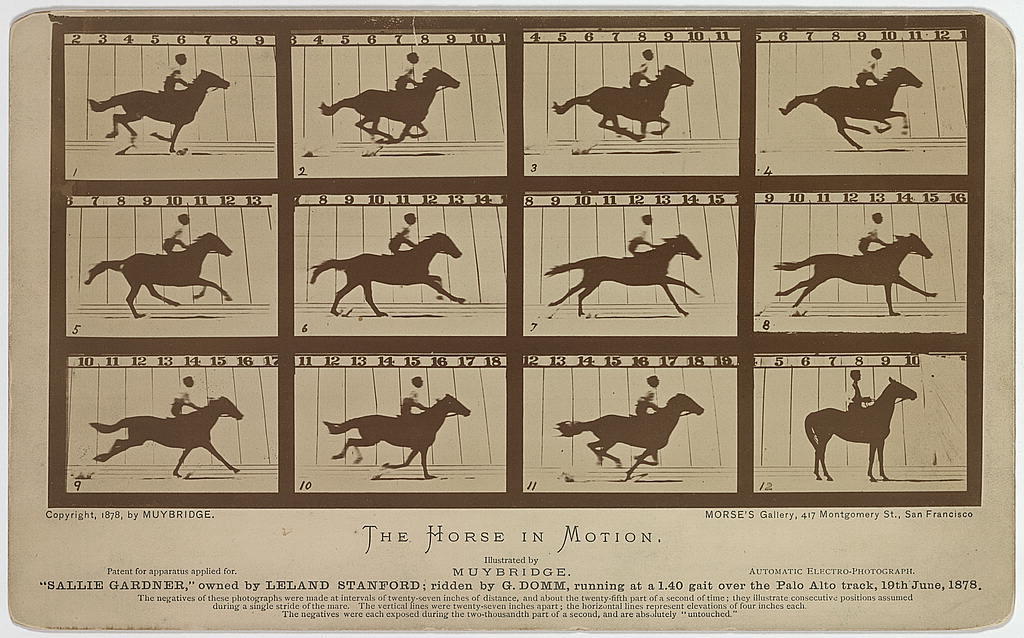 Eadweard Muybridge’s “The Horse in Motion”, is a set of six cards that shows a sequential series of photographs capturing the movement of a running horse. In the photographs, you could see the movement of the horse’s muscles and its energetic galloping. It remained a photographic classic in the art world for its aesthetics and capture of movement. 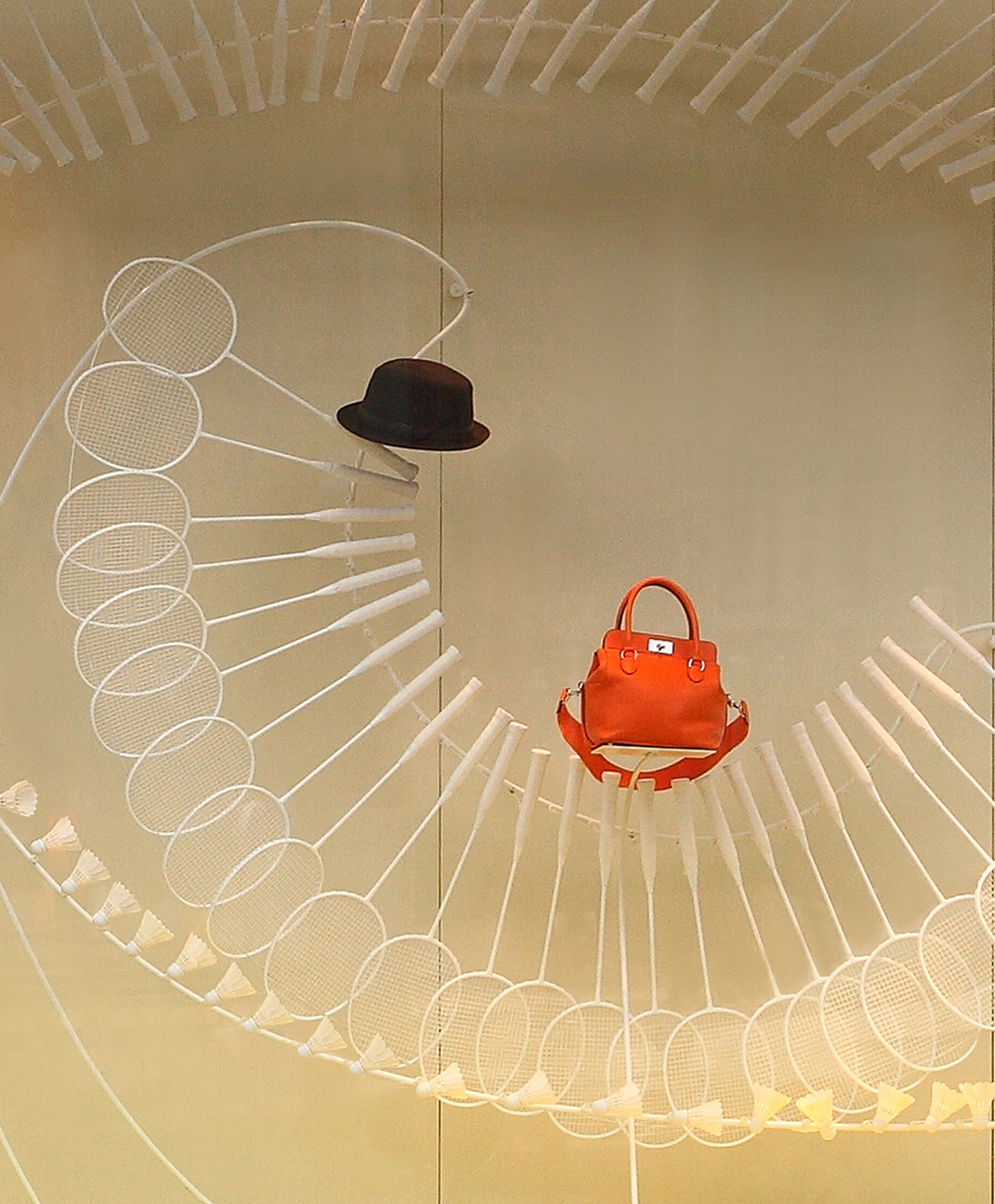 Like “The Horse in Motion”, instead of focusing on the competitive aspect of games, our window display for Hermès captures the aesthetics of movement and elegance of motion found in sports. We used a sequence of shuttlecocks and badminton rackets to form elegant curves. They emulate the sports equipment’s loci of rhythmic movements as it is played during games. The unusual storefront spectacle captures the street onlooker’s attention and simultaneously celebrates the graceful aesthetics found in sports.