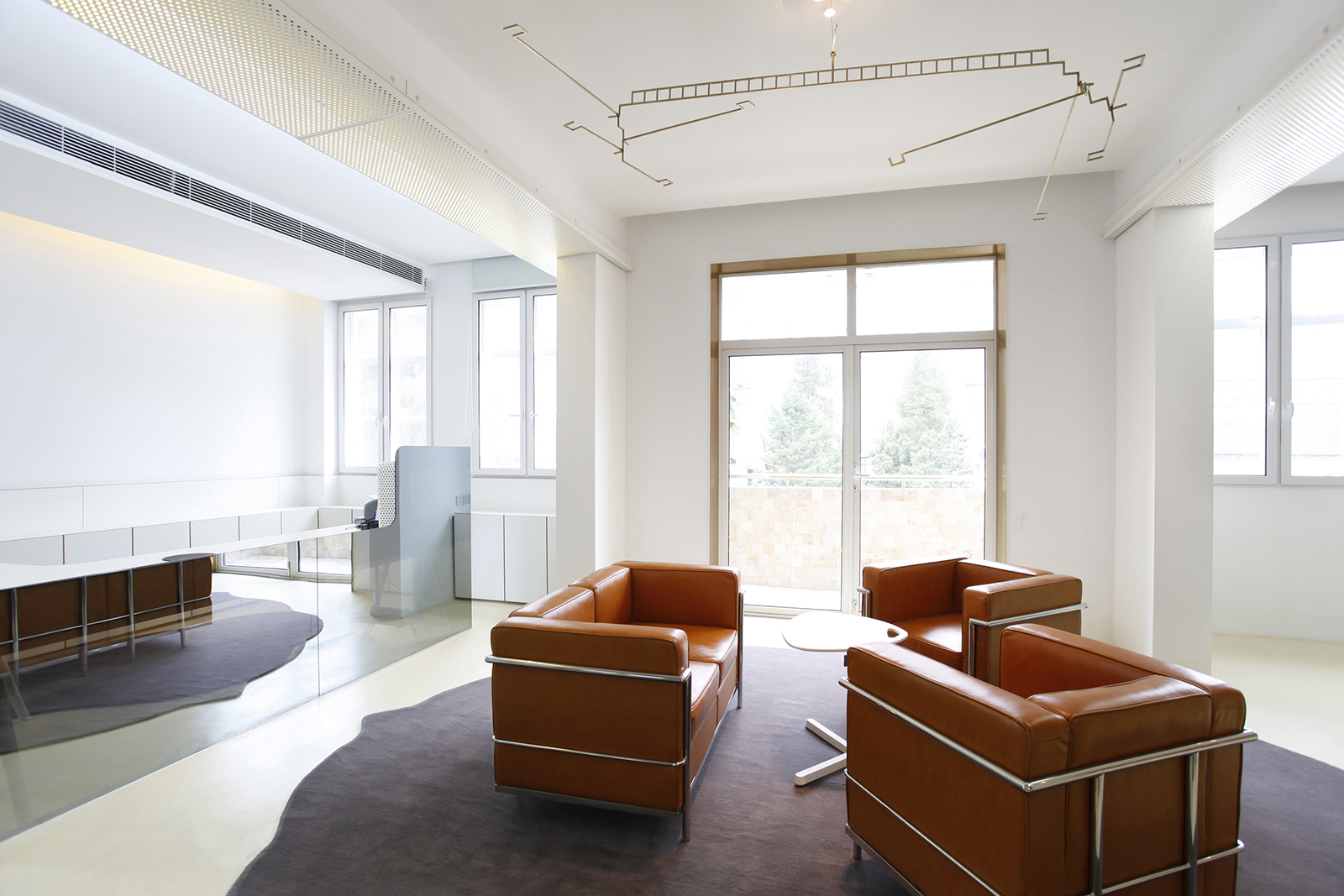 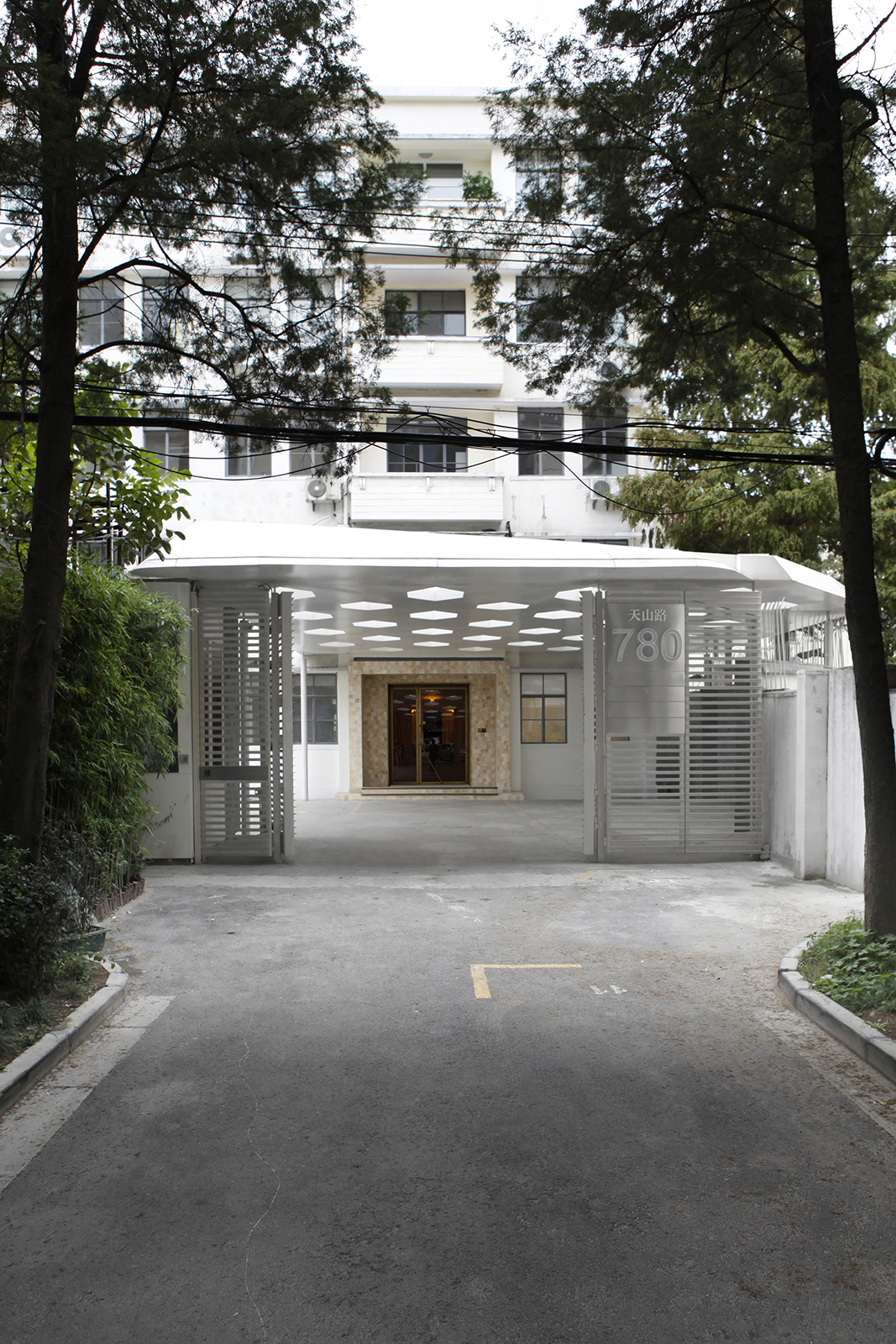 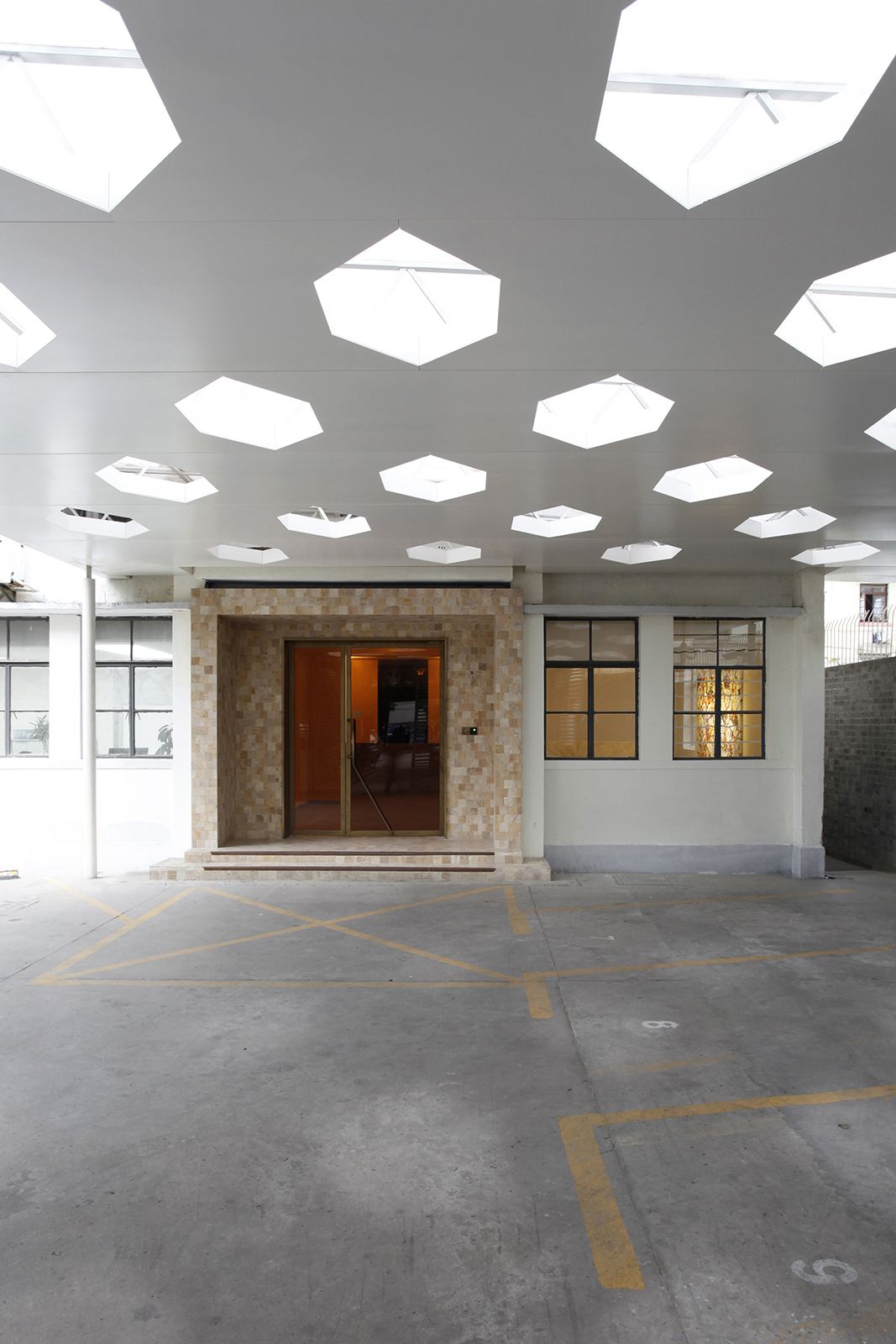 Our project was to revitalise a five-storey office block in Shanghai. The building is a typical modernistic architecture of over 40 years old. Due to its construction method, all the walls in the building are loadbearing. Therefore, no partitioning could be modified. This results in limited space allocation options. Through a series of mechanical analysis, we were able to remove some of the walls on the top floor and added a steel frame to support the weight of the roof. We retained the tidy, double-loaded corridor layout on all levels. 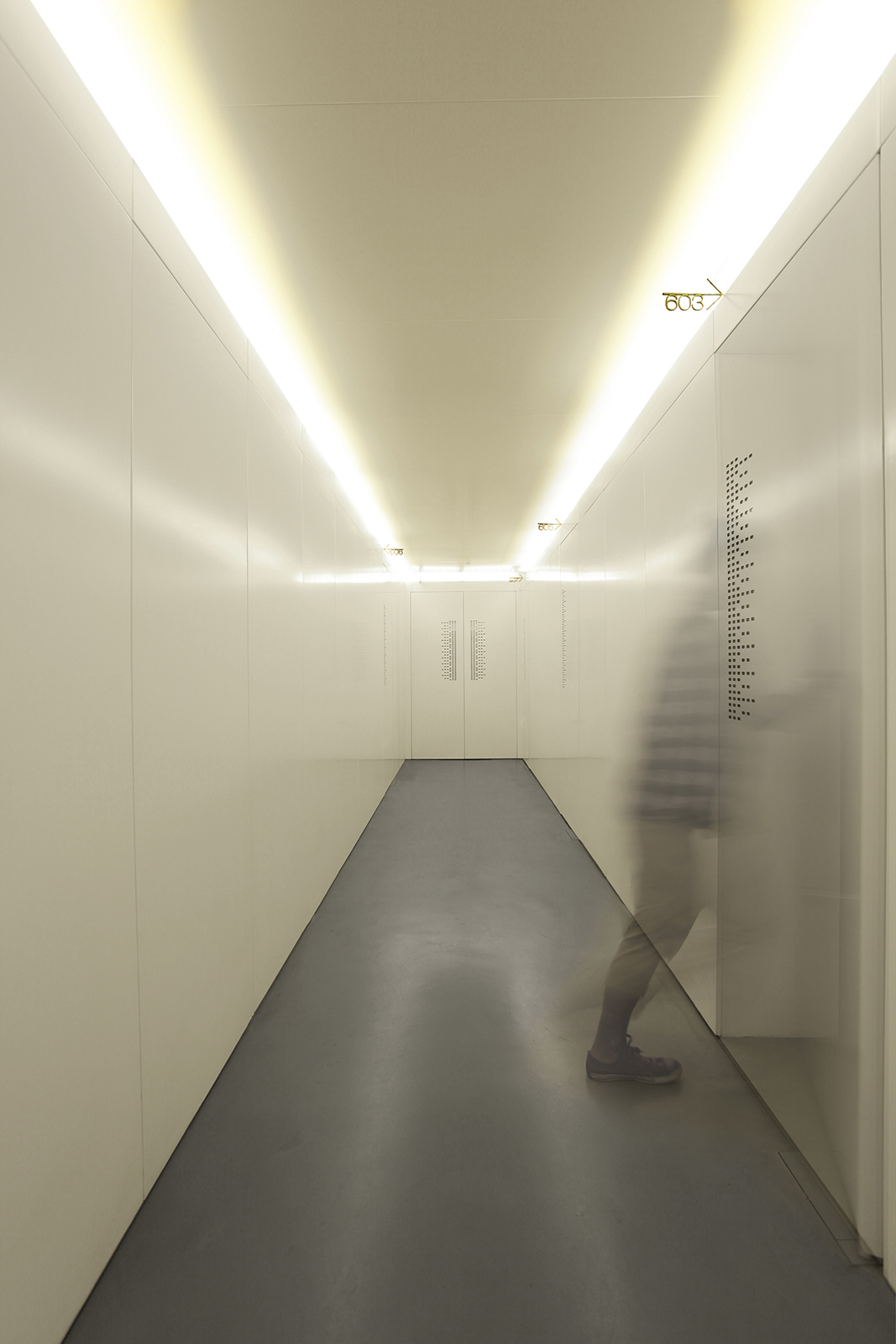 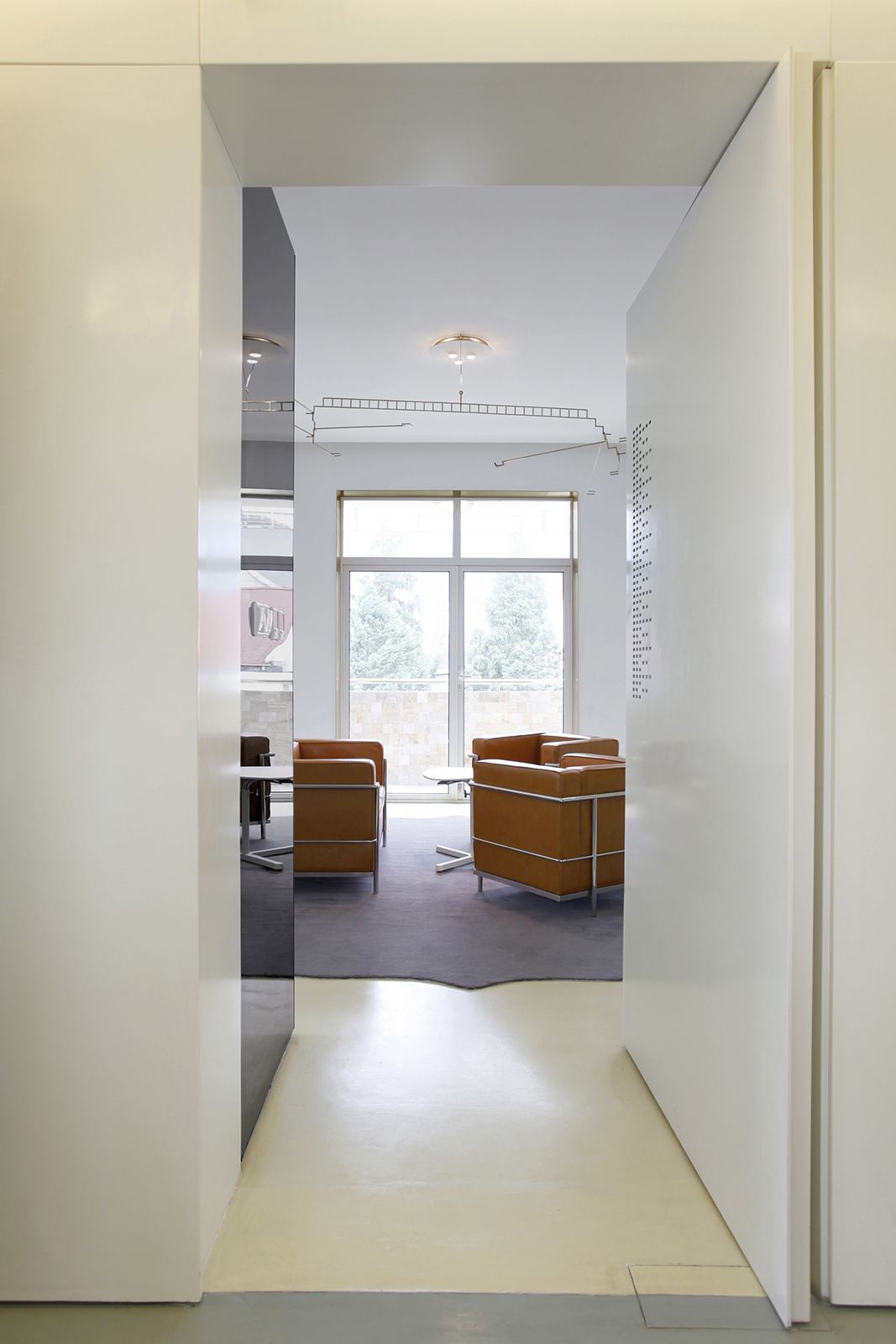 The client, Leidi Limited, is an underground utility management and detection company. They specialise in providing underground detection services for public utilities and urban infrastructures by using cutting edge technology, such as micro-robots. The company’s philosophy is “seeing the invisible”. Therefore, in this project, we followed this theme visually and specially designed a modern and minimal central corridor to neatly conceal rooms with a different function, while placing subtle ques that reveal the placement of doors. 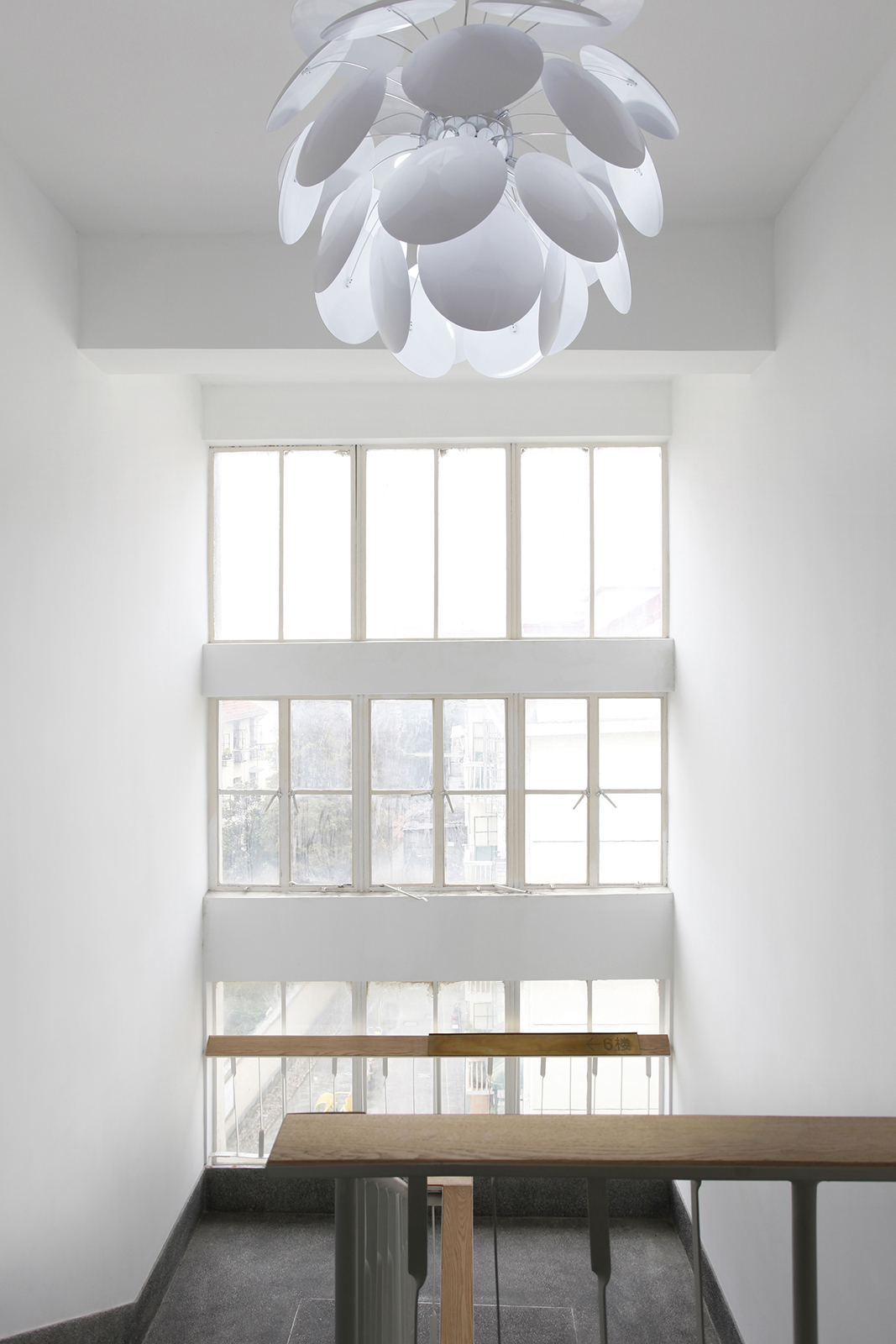 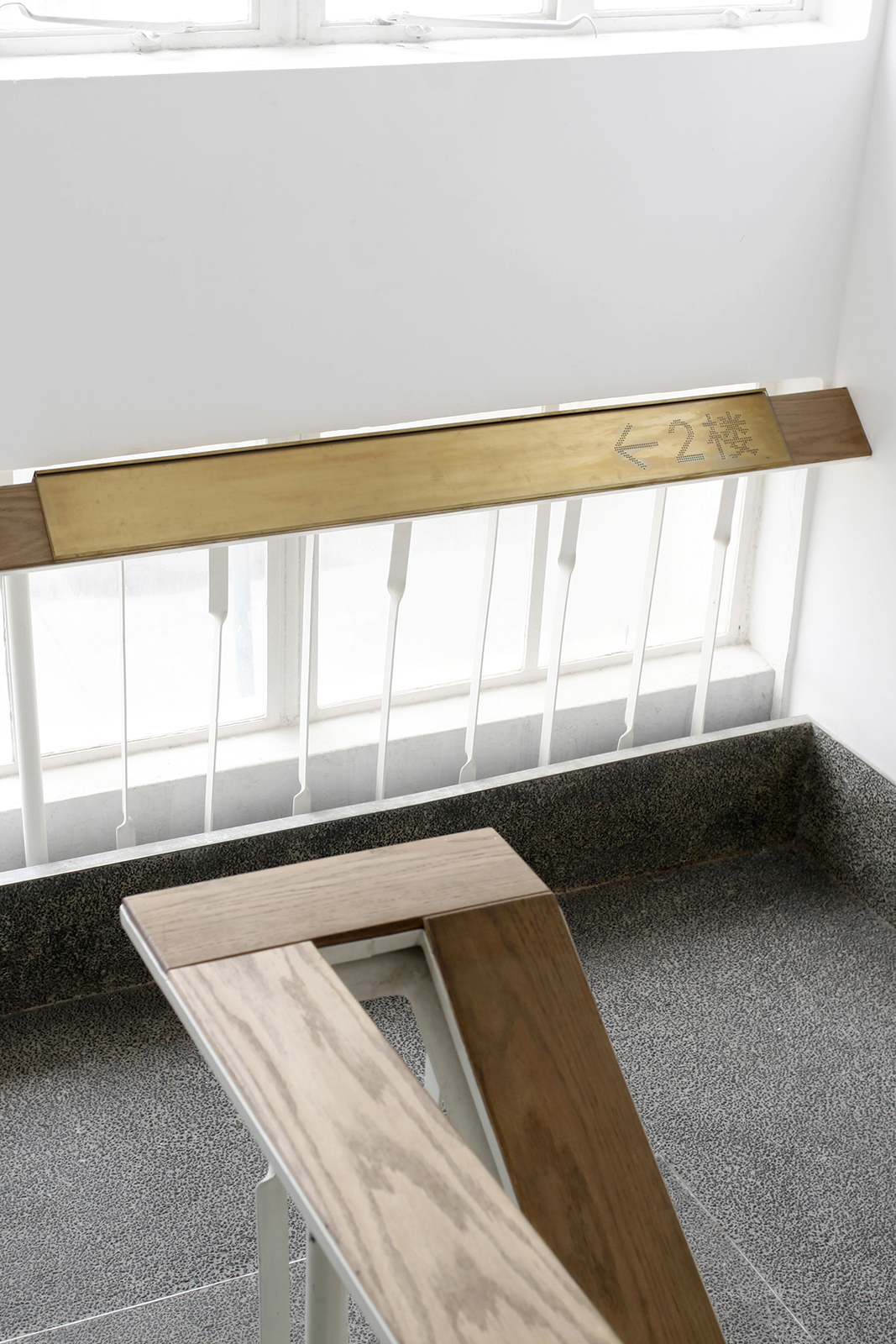 The façade and interior of this historic building have been in use for years. We chose to preserve historical elements, such as the original windows, staircase handles, and walls as the framework. We repainted them white so that the story of the building seemingly unfolds quietly through the pale trace of time. At the same time, brass was used as a unifying design language in all signage, door frames, and decorations. The material revitalises the space as well as gently brings out Old Shanghai’s unique charm. 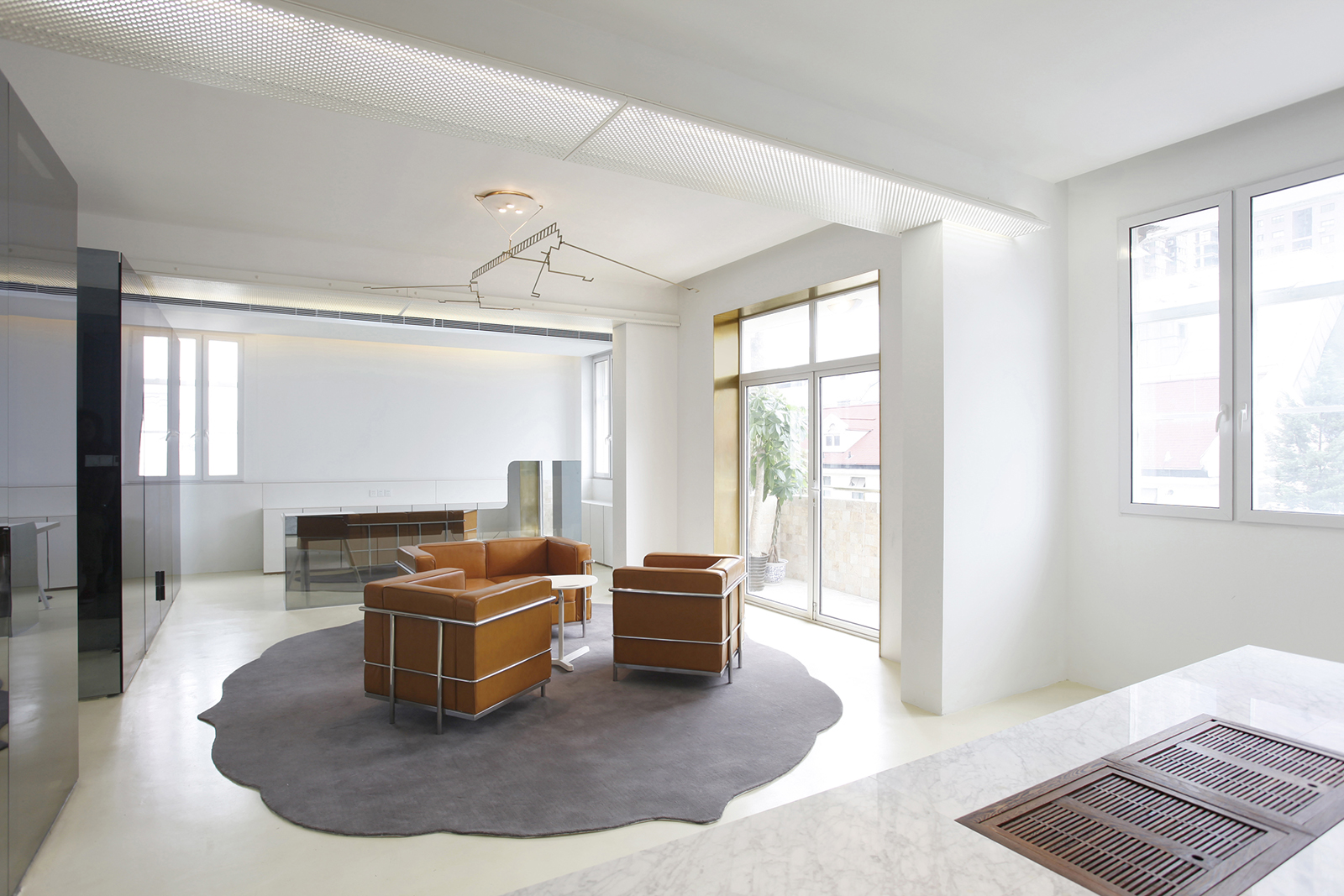 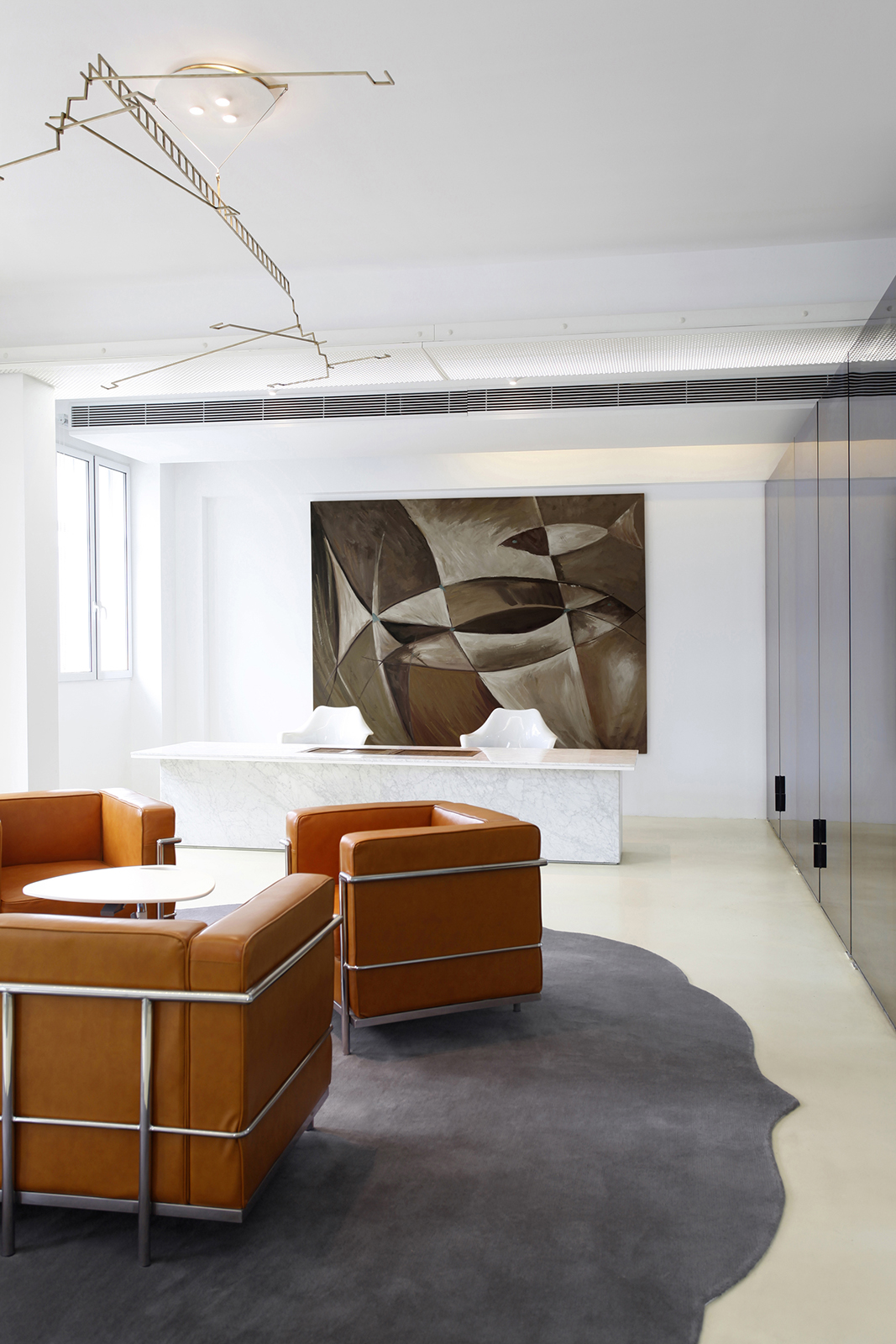 To strengthen Leidi Limited’s cultural identity, details with Chinese characteristics were incorporated to reflect the company’s cultural background and values. For example, a marble tea table was added to represent the traditional Chinese tea ceremony. A peony-shaped carpet was added, to which the flower symbolises “prosperity” in Chinese culture. And a brass hanging decoration was added to signify “balance”. 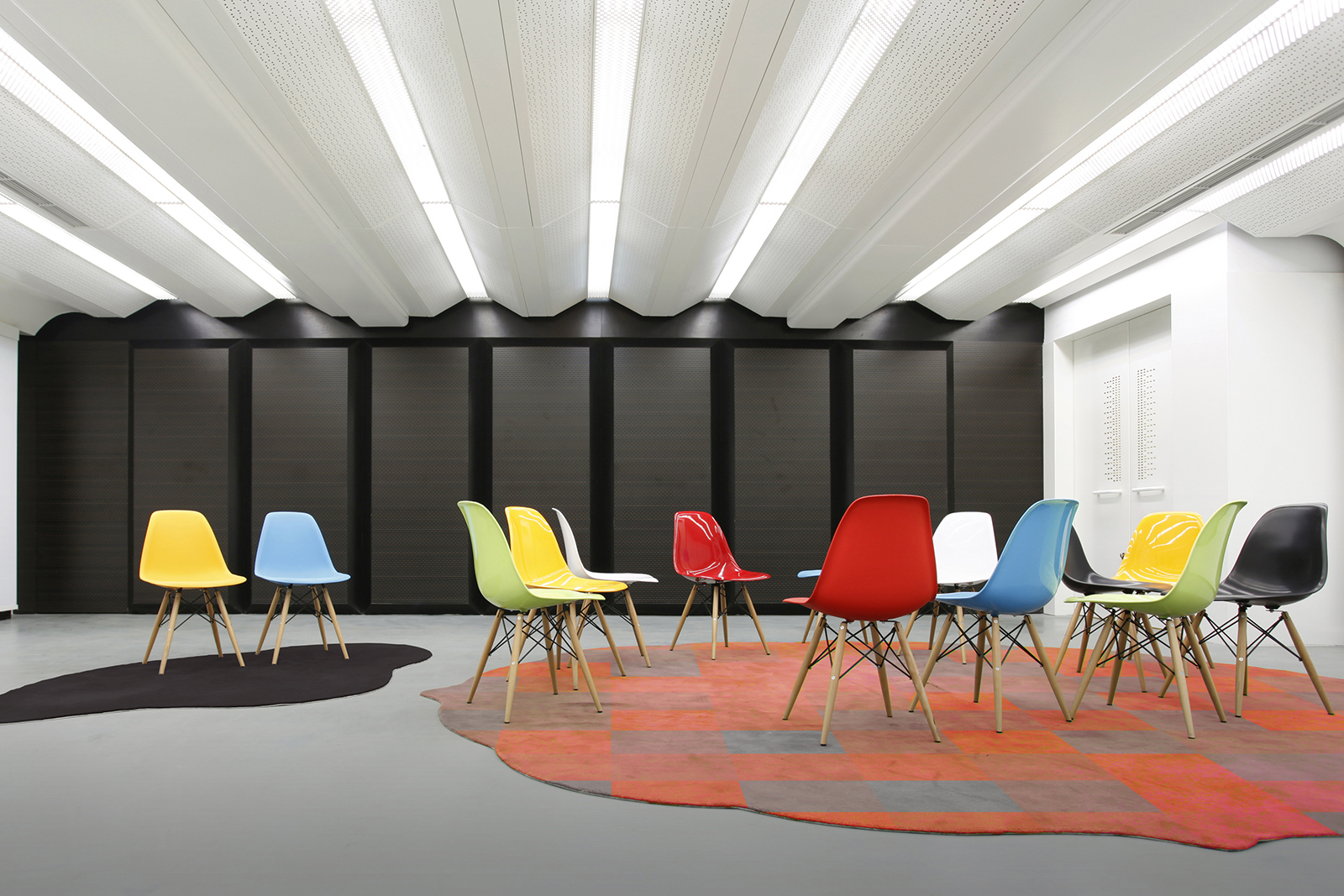 Since the height of each floor and the area of each room is relatively low, the ceilings of the office rooms were made of custom-designed aluminium profiles. It fulfills the acoustic and lighting requirements, which not only absorb sound waves and provide comfortable illumination, but also cleverly hides the view of light sources and gives the illusion of spaciousness. 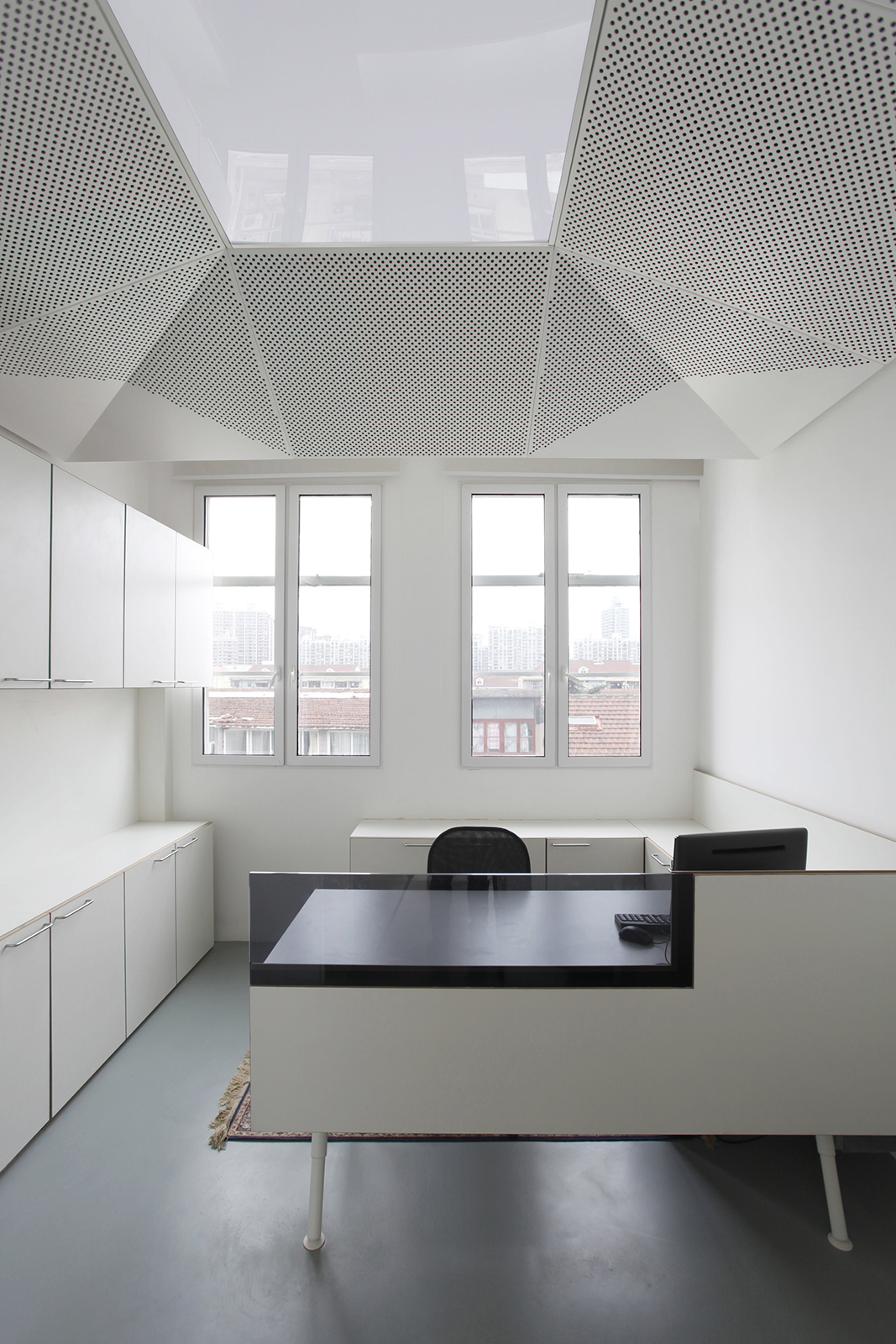 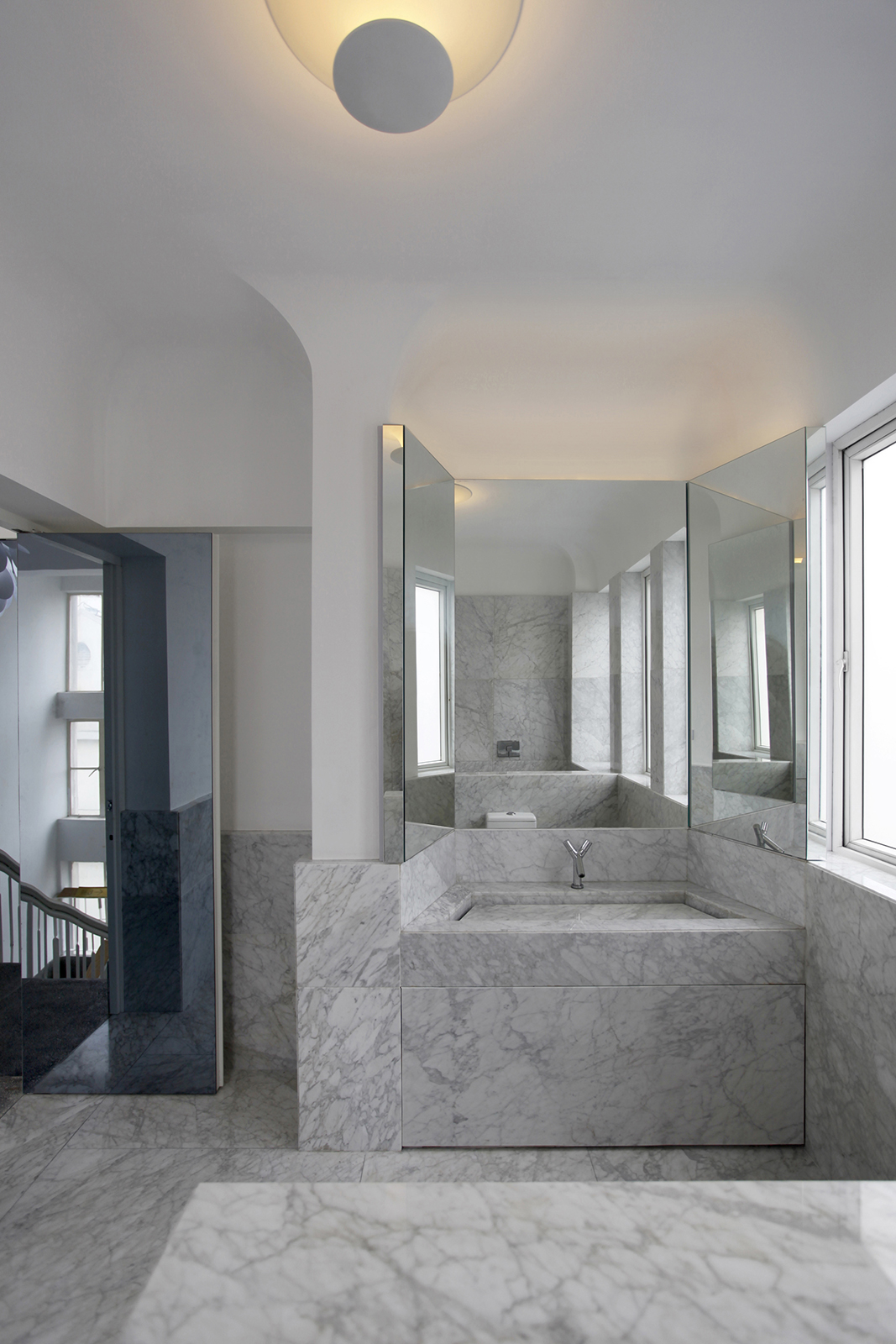 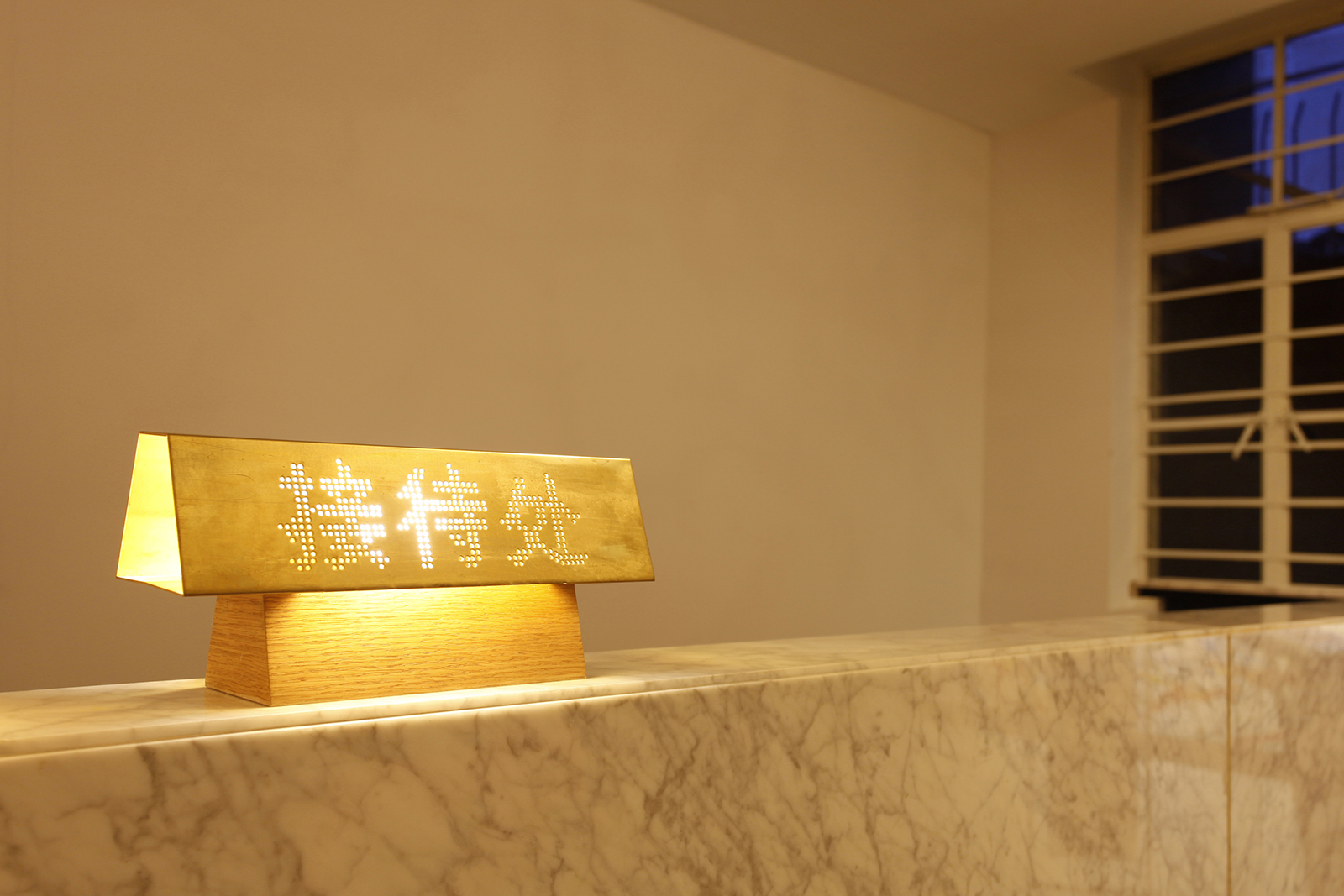 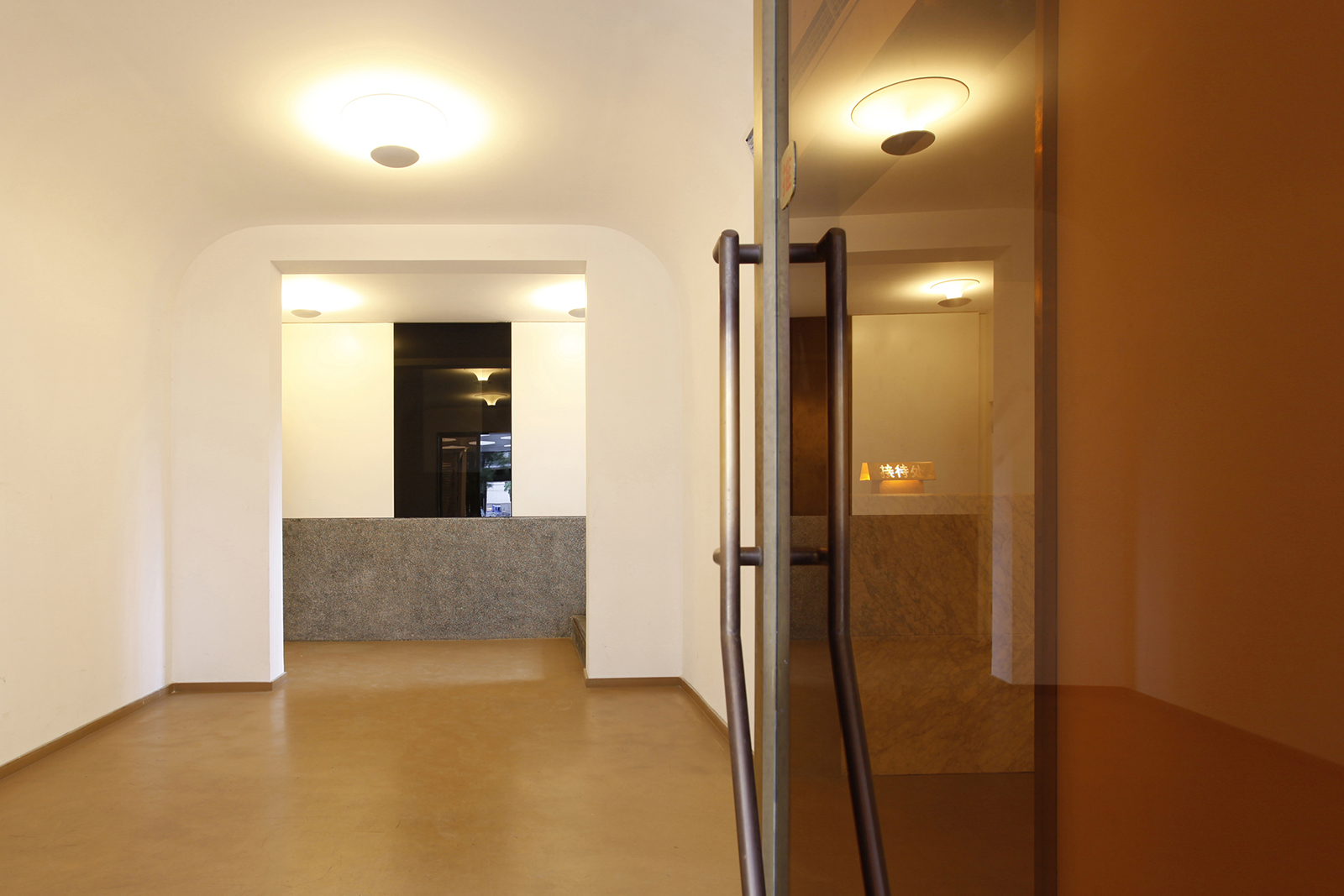 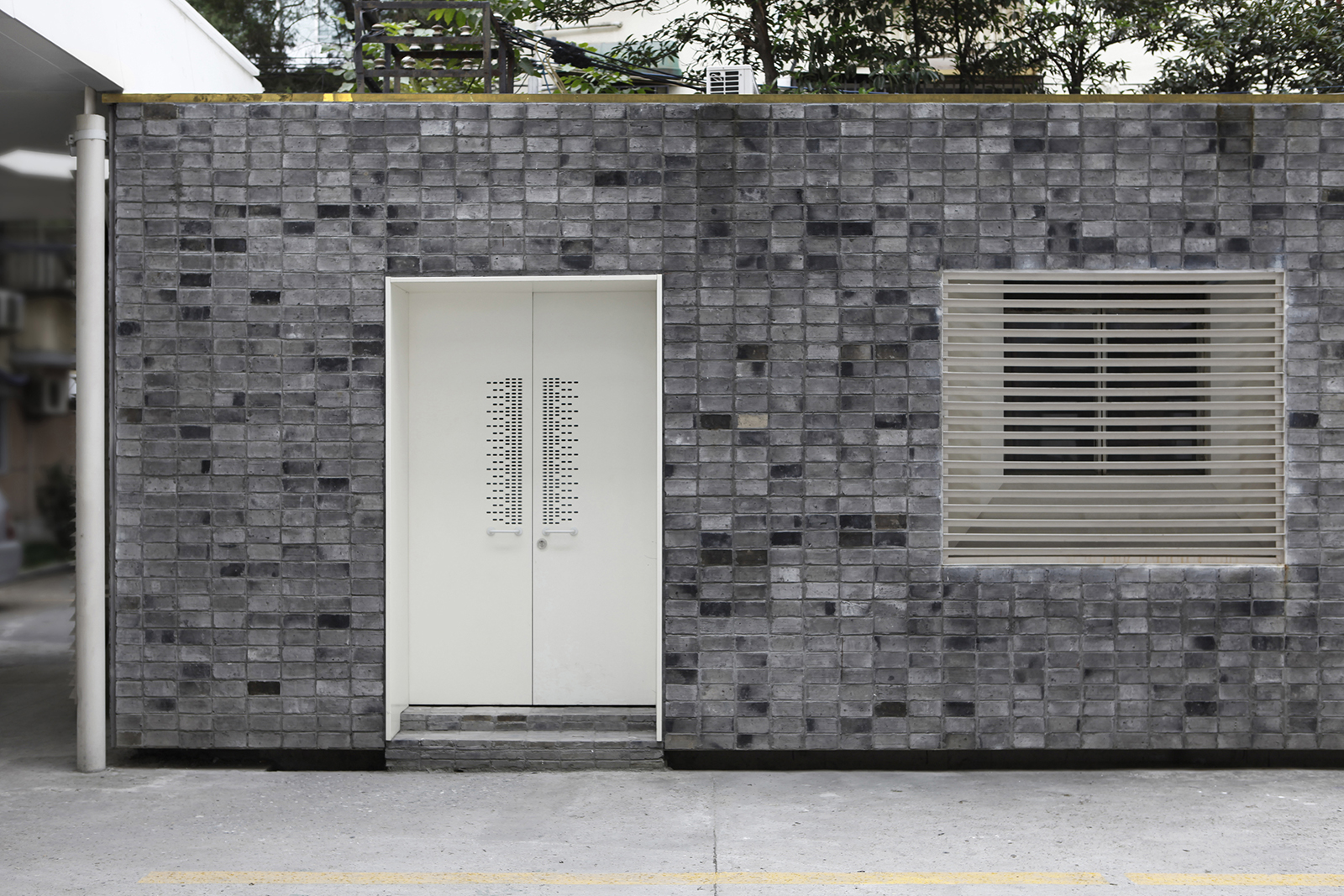