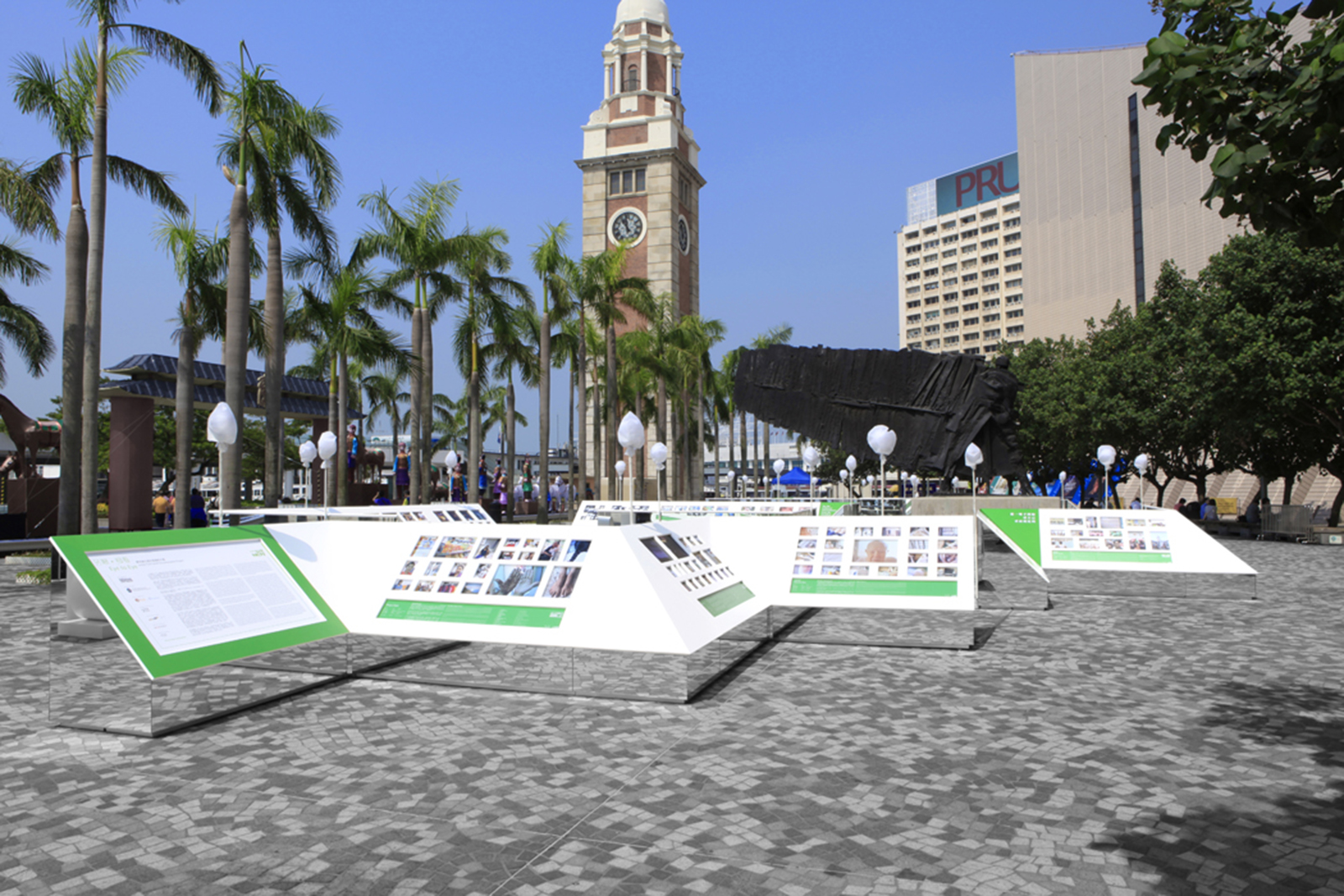 This project is an exhibition design for a roving photography exhibition, “Eye to Eye: Jockey Club Social Documentation Project”, organised by the Hong Kong Photographic Culture Association. In the project, organiser reached out to people from different walks of life and asked them to capture what they deem as the most important in their life with their cameras. The subject matter of their photos could range from symbolic objects to the exploration of abstract ideas.

We wanted to express the complex interaction between the real and unreal in this exhibition design. 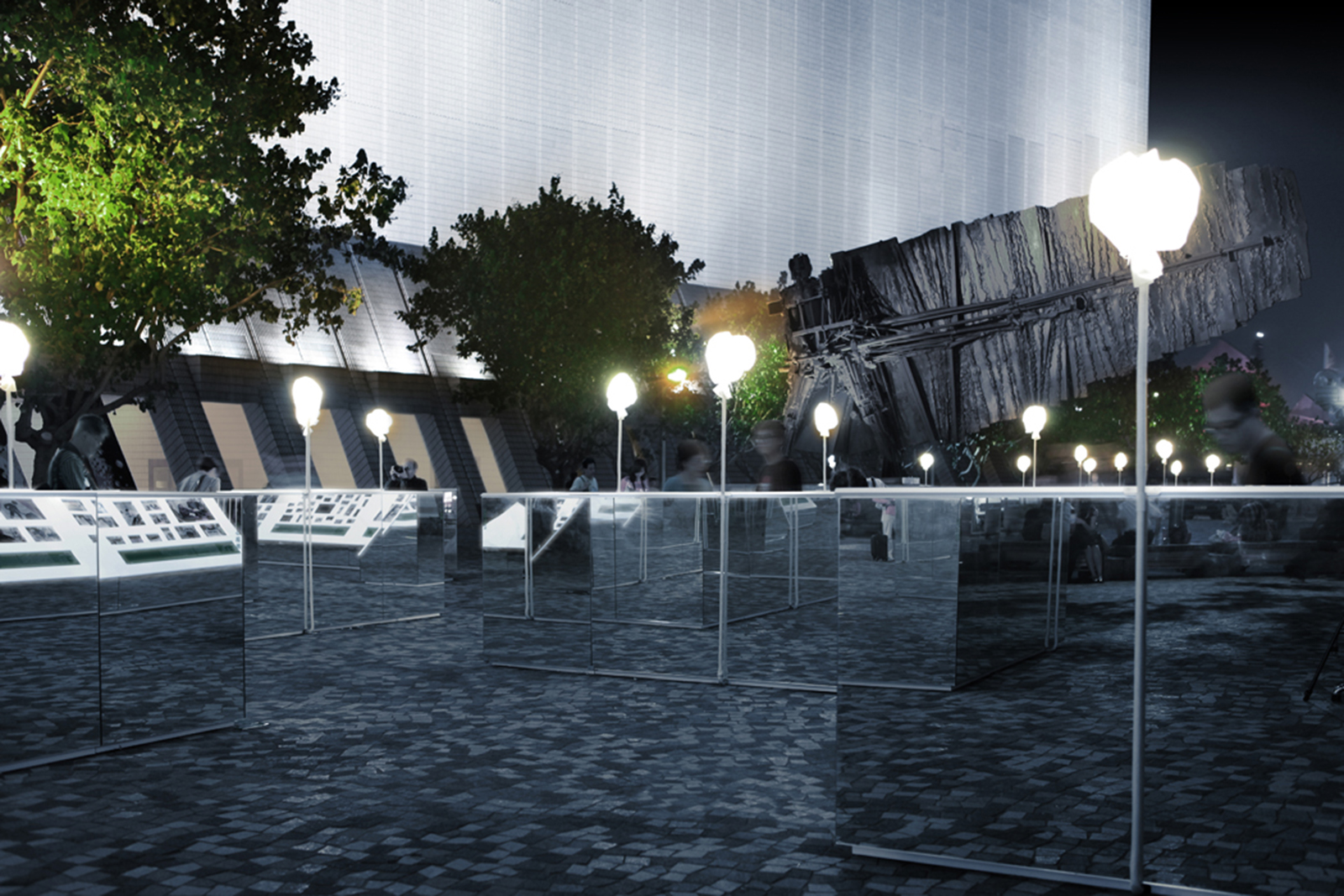 This roving exhibition was held in several major venues in Hong Kong. We were designing for its first stop, a piazza in the southern shore of Tsim Sha Tsui, city’s central tourist and business district. Strangers encounter each other in this piazza; they are physically near to each other, but emotionally disconnected from each other. 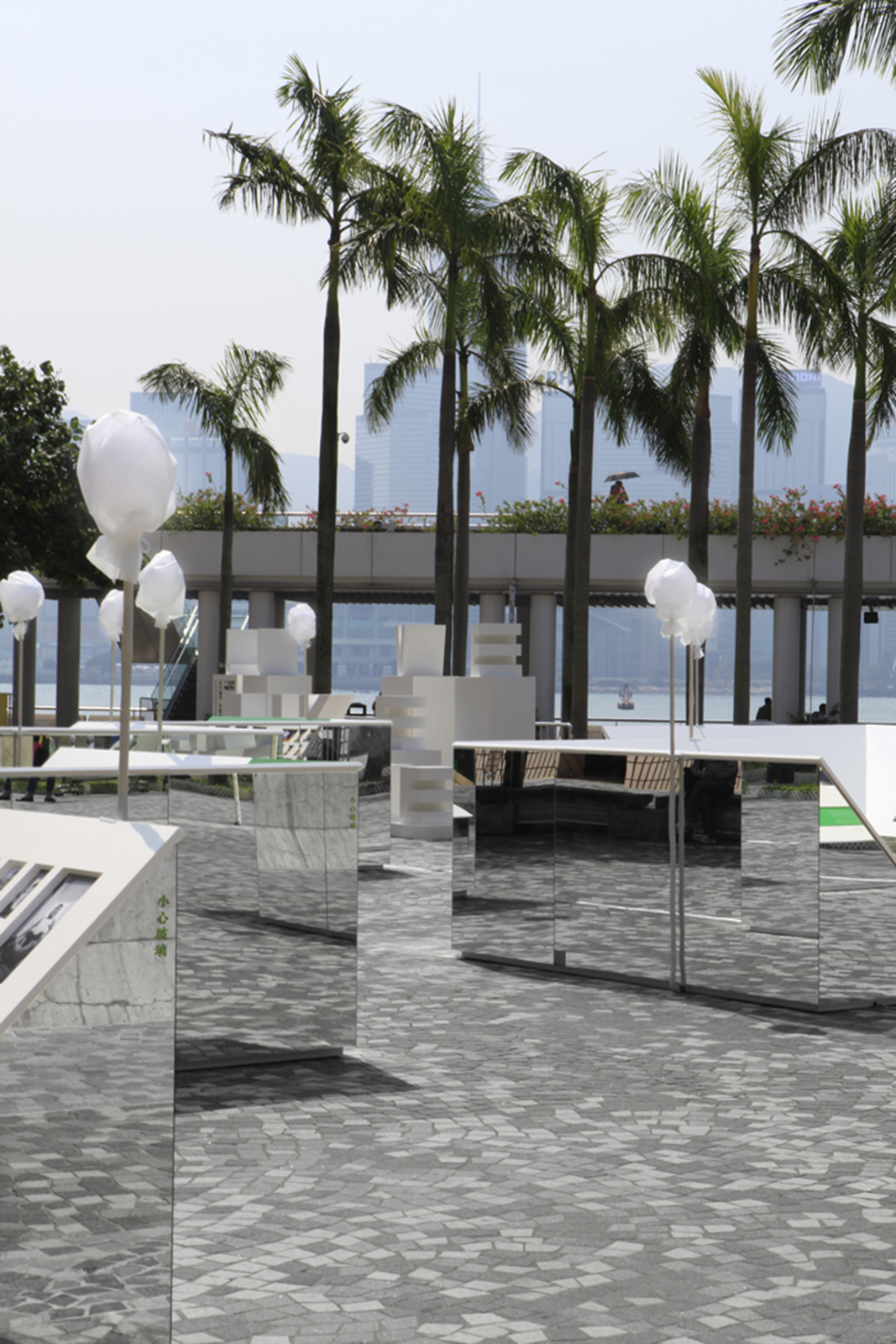 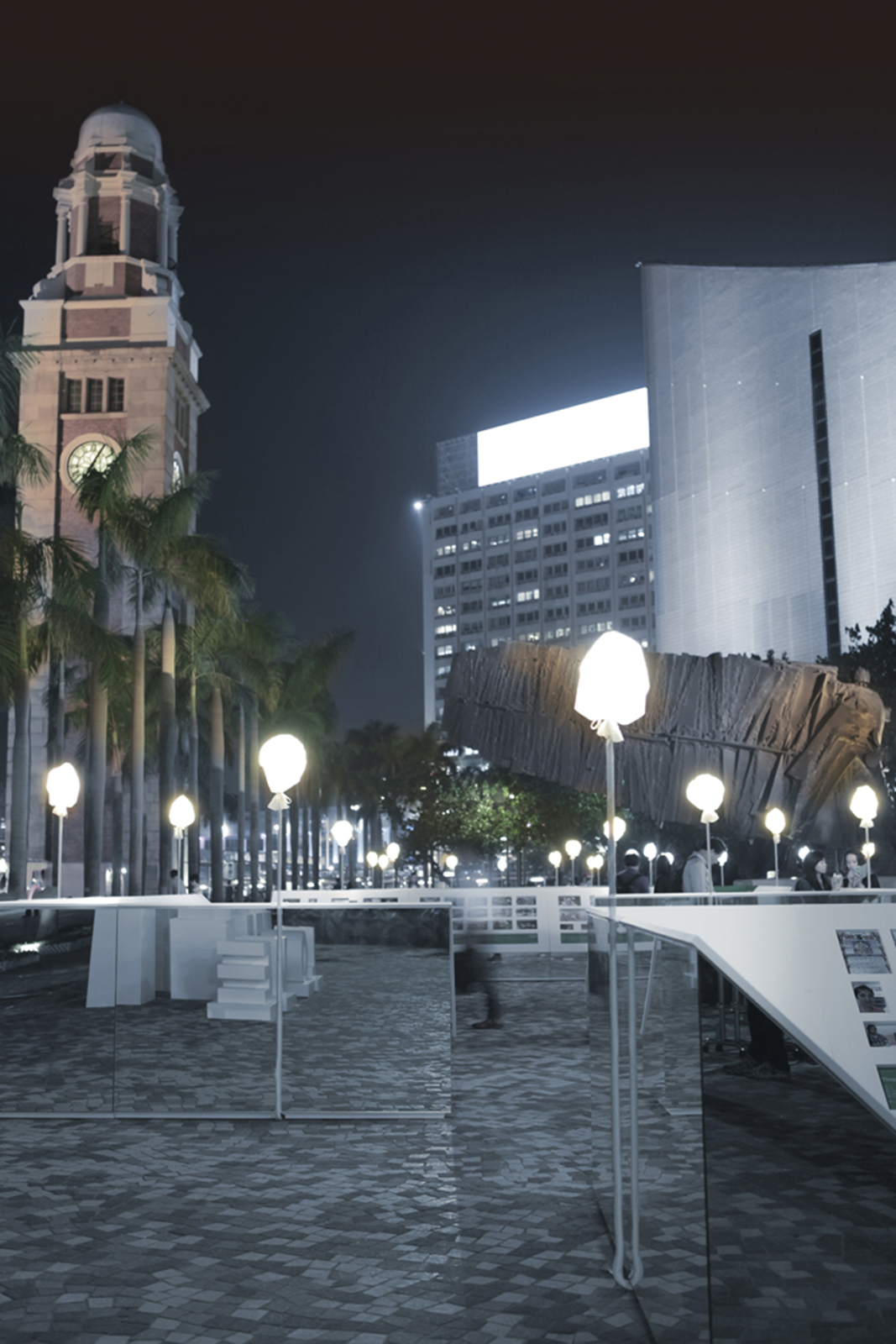 With our exhibition design, we wanted to explore the juxtaposition of relation versus detachment and independence versus interdependence. If we only use the usual display structures, such as frames and plinths, the exhibition would feel like a separate entity from its surroundings and visitors. To blur this physical and metaphorical boundary, we used mirrors as each exhibit’s plinth. 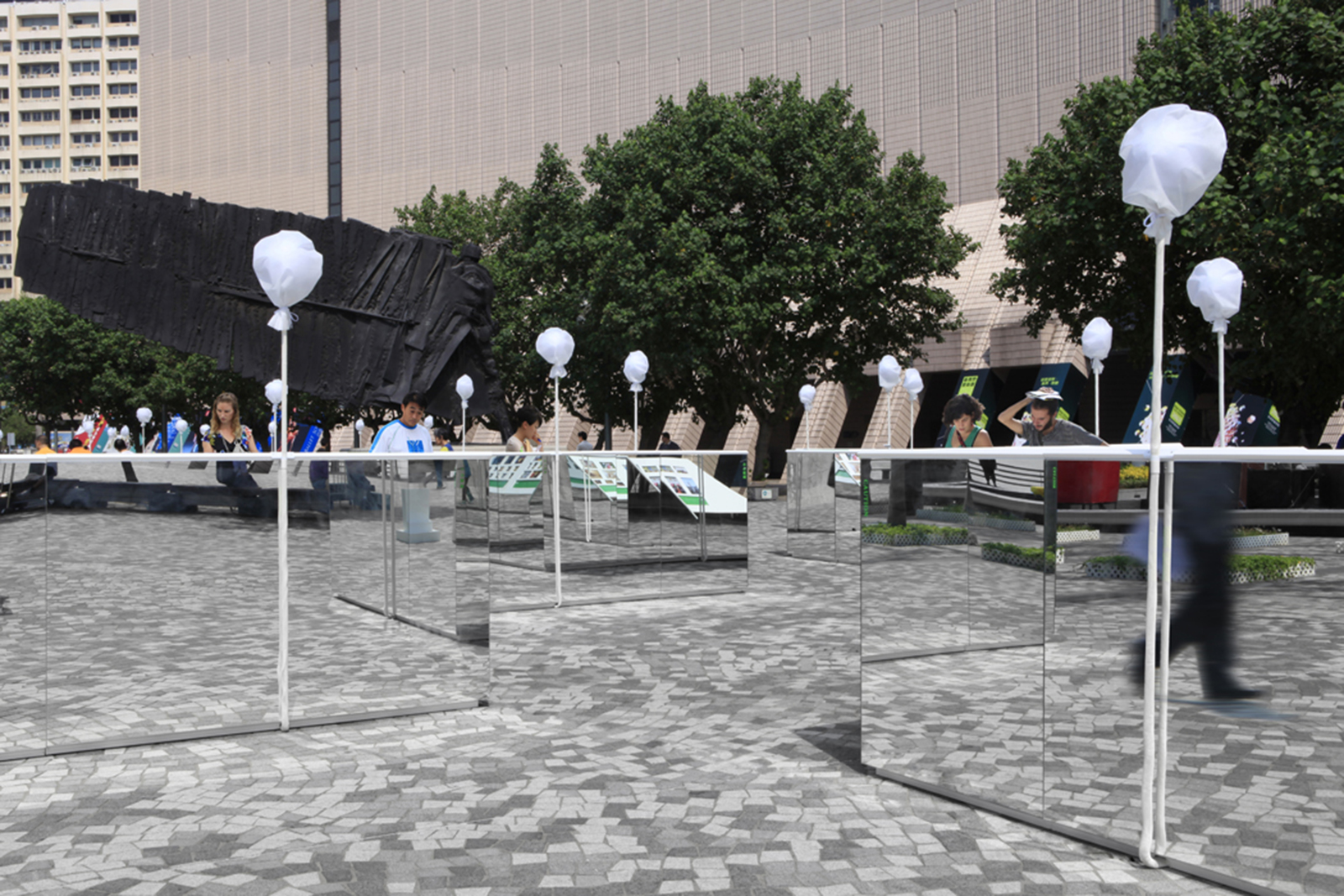 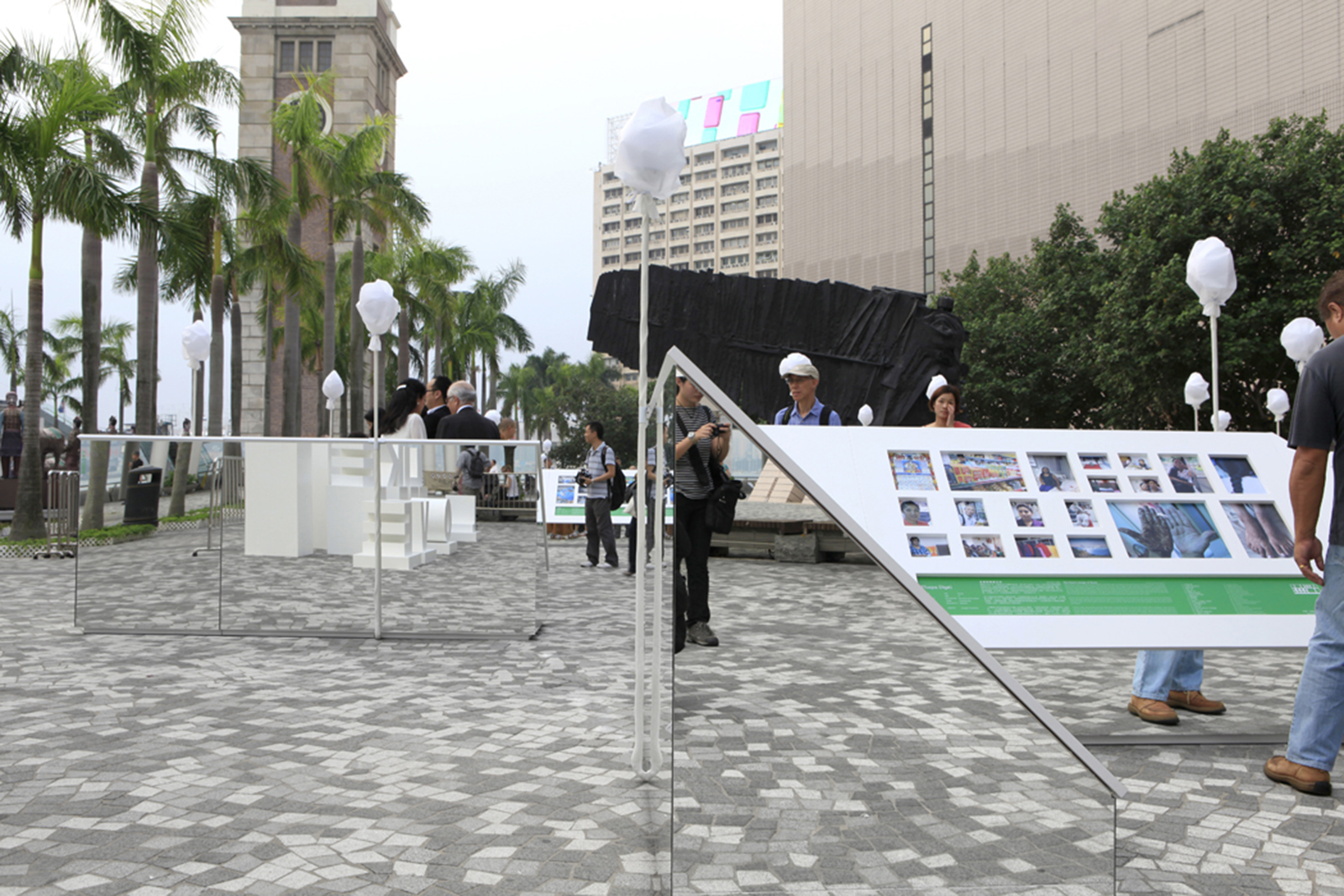 As a result, each exhibit looks like it is floating in space. It reflects the ground and its surrounding architecture. The exhibition merges with its environment, but its surrealism also creates a sense of alienation. It blurs the boundaries of reality and unreality. Just like being in a crowded city, people are physically and culturally close to each other but are still strangers with their lives concealed from each other. 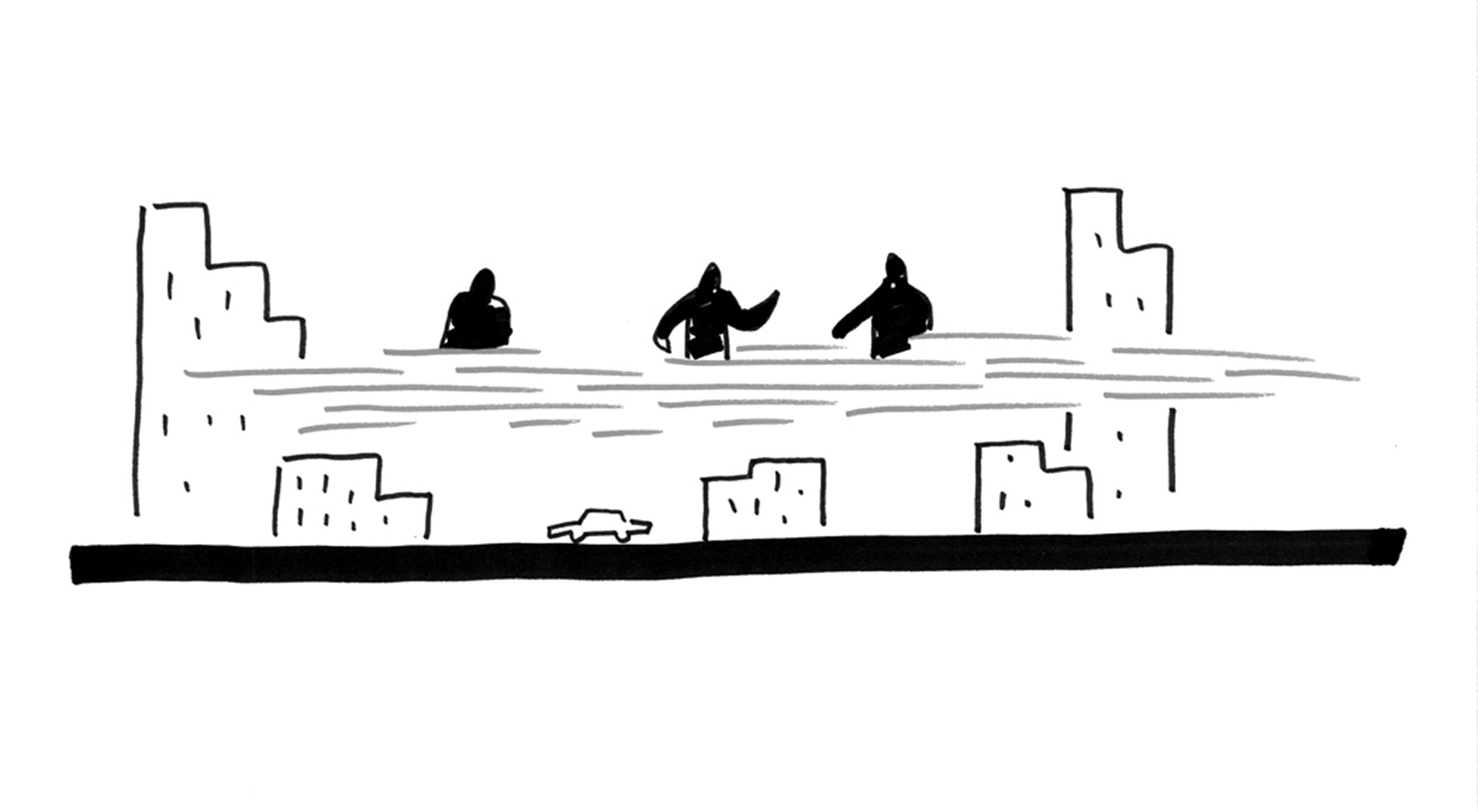 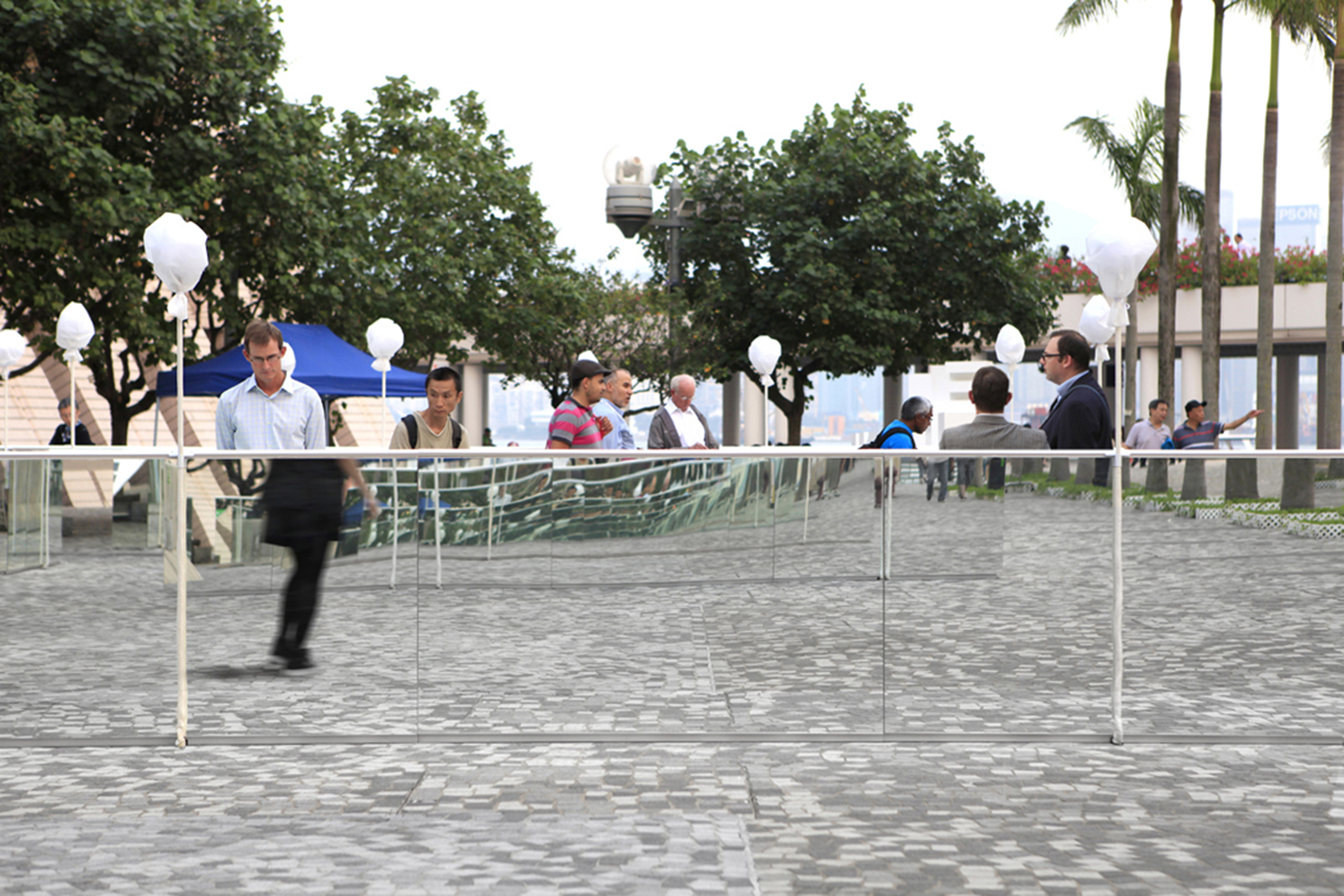